There was a study done in Queensland, and published at the end of last year, which investigated “The Perspectives of Older People and their Spouses”.

I think most of us would suspect that having hearing difficulties would affect our spouses. Are we right? Like most research, it turns out, sometimes yes, and sometimes no, and that this at least partly depends on what you do about it.

The authors recruited their “older” people from a fifty plus data base, and the age range of their subjects was 53 to 94. This is where I admit, I am well in the age range (I’m in my 50’s) but don’t consider myself “older”. 117 people with hearing outside of audiometric normal took part in the study, and 27 of their partners with hearing in the audiometric normal range also took part. The people in the study recorded their feelings about their hearing difficulties in a survey. Not surprisingly, the results were quite varied, with people demonstrating that they had found ways to cope. What did surprise me were the discussion and results around hearing aids. A number of the hearing aid users said that they didn’t hear well with the hearing aids in noise.

Like other authors, the Queensland researchers found that spouses were quite supportive. In fact, it seems that it’s better for relationships if hearing loss is identified as the cause of poor communication. I suppose it’s better than being accused of not listening. Early stage hearing difficulties make it harder to hear. It’s more effort. You can only sustain effort for some time, and then you stop applying effort, and don’t appear to be hearing.

I took a few messages from this study – I hope the authors agree.

If you are going to get hearing aids, get them sooner than later, and make sure they are good. Do your research. And beware marketing hype or buying “mid range” because the supplier’s whole range is so expensive.

Make sure you involve your partner in your hearing strategies. Be in the same room when you are communicating, facing your spouse.

Keep a positive attitude, and use as many other strategies as you can. Hearing, listening and communicating is quite a complex process. Use all your skills, attention and assistive technologies that you can.

Elaine has worked in hearing research and technology for forty years. She is Co-founder, Blamey Saunders hears, a company which supplies affordable, discrete and highly effective hearing aids through an innovative online telehealth service and clinic based in Melbourne. She is also an Adjunct Professor in the Faculty of Science, Engineering and Technology at Swinburne University, and a clinical supervisor and mentor to many other students. She is former Chief Executive of Dynamic Hearing a company which supplied award winning digital signal processing for ultra-low power chips for the hearing aid and telephony industry. Elaine also led the Cooperative Research Centre team that developed a new electrode for Cochlear Ltd, leading to the company gaining the Australian Design award in 2000. In her youth, she was an international track runner. Elaine is an advocate for people with hearing loss, and a popular public speaker on the topic of Hearing and Listening. She is an Executive Director of the Rotary International Action Group on hearing and continues to try and reduce the barriers to hearing help. She is a member of the Rotary Club of Melbourne and Immediate Past Chair of its Health Issues Committee, Elaine is also the Chair of the Board of the Innovation Precinct at Swinburne University, member of the Industry Advisory panel (Engineering) for Swinburne University, and a Directorof ANFF. She was on the Advisory Board of the Children’s Charity Network (2005-2013) and is a former Non-Executive Director of Alfred Health. Elaine grew up with the struggles of hearing impairment from the age of 9 when her father lost his hearing. She experienced the struggles he had with his career, and the impact his loss had on their family. When she was a teenager in England, with her father’s encouragement, Elaine volunteered as a house mother in the residential section of the Royal Derby School for Deaf Children. Her close bond with these children and seeing their challenges first hand changed the course of Elaine’s life, in a quest to help people hear. Elaine has just helped to co-produce a play performed in Melbourne – The Sound of Waves – based on the life experience of a profoundly deaf girl (Jodie Harris, actor) who received a cochlear implant as a trial patient. Elaine was the leader of the Cochlear team that assessed Jodie for her implant in 1999. • Australian Design Award, Social Innovation 2015 • Australasian Industrial Research Group (AIRG) Medal for Research Innovation, 2013 • City of Melbourne: Melbourne Award for Contribution to Community, 2012 • Women in Leadership Forum, Asia: Leading Woman in Healthcare, 2011 • American Academy of Audiology: Award for Achievement in Industry, 2010 • Audiological Society of Australia: Certificate of Outstanding Service, 2008 • Telstra Business Woman of the Year National Award (Private & Corporate sector), 2004 • Biomelbourne Network, Leading Woman in Biotech, 2015
View all posts by Elaine Saunders → 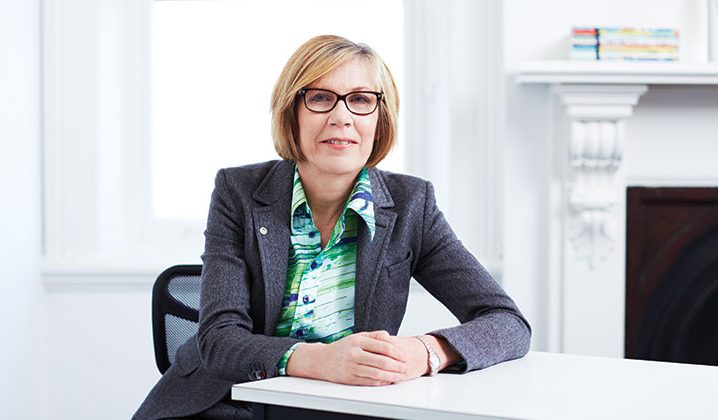 There's more to hearing and listening than you might think. Here I discuss the complex topic in easy to understand language.

Check out my recent posts, and send me a message if you have a question you'd like answered.